The title of this work came from a 19th century newspaper of the same name. A friend of mine found a stack of them among the garbage on the sidewalk of Boulevard Haussman while we were strolling home in the early hours of the morning. We discovered some articles by Victor Hugo and Balzac in them. The title inspired me to begin a series of cartoon-style drawings, one every day, which I later used in a performance in 1983. The drawings were meant as a kind of alphabet of things and objects, seen at a hypothetical point before they had acquired a meaning, much like the way a child sees things before it understands their purpose. 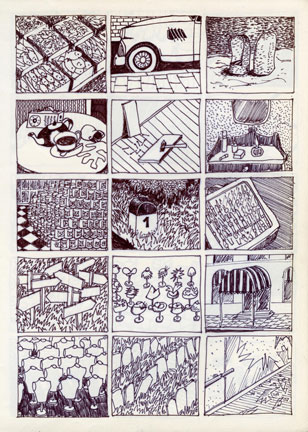 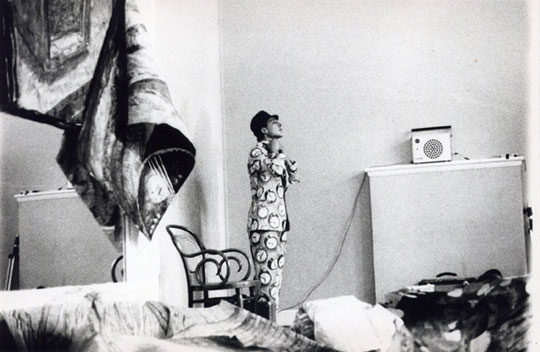 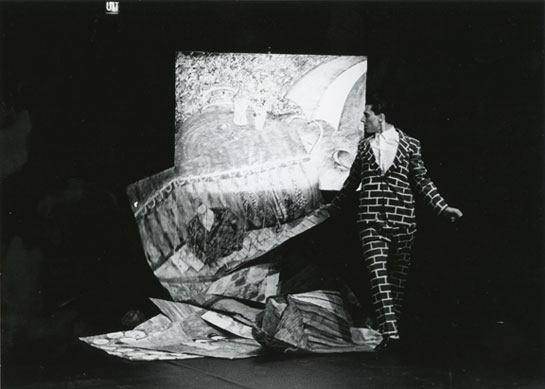 LE GRAND JOURNAL is a solo dance performance featuring 17 large colour drawings on paper. Every drawing is contextualized by the performer through a fast paced dance, where after he destroys the drawing. The limited time available to see each drawing introduces a sense of urgency and uniqueness into the process of viewing and plays tricks on the memory of the spectator.