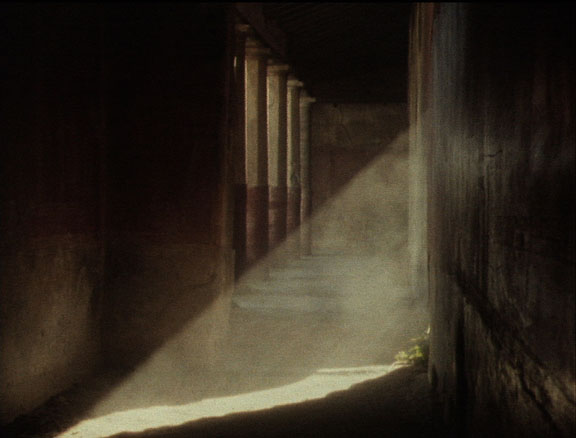 Loosely based on the story of Orpheus and Euridice this film was set in the landscape of the antique city of
Pompeii. The story was a heavily romanticised quest of a man and a woman in search of each other. The film was
made to introduce ¬a live performance where the two protagonist would meet in flesh and blood on a bare stage.
The ensuing performance was constructed as an improvised duel where both would challenge one another through
dance and improvised performance acts. I remember it as a grueling experience for everyone, including for the
audience. I also remember that I would invariably lose the challenge.