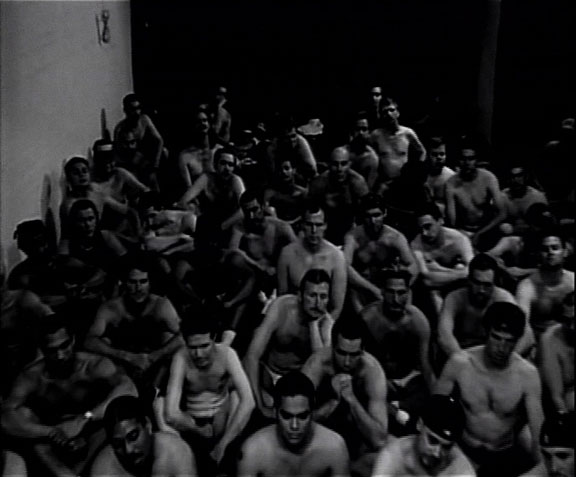 In 2003, while researching my film GARDEN STORIES, I found myself in the US during the final days leading
up to the second US-lead Iraq war. The propaganda and the invective language in the media was beyond any rational
comprehension. Voices of descent that did exist at the time were generally drowned in the patriotic hysteria of the
right-wing that had become the dominant political voice in the post-911 Bush years. There was something inherently
pornographic about war in general, especially in the way it's public propagandistic imagery forced itself on the retina
and the collective mind.

Back in Amsterdam, I was commissioned by choreographers Marien Jongewaard and Truus Bronkhorst to make a film
on the theme of ‘Le Sacre du Printemps’. In this pagan Russian myth, young maidens are sacrificed by village elders to
purify the earth for new life to emerge. Outside of its mythical context, this 'sacrifice' is but another way of describing
gang-rape which – under different guises – is still practiced today in many dark corners of our world.

Stravinsky's ecstatic music most powerfully expresses that archaic violence. When I superimposed pornographic
imagery on it, this musical icon became a vehicle for the rage I felt about the hypocritical nature of our times.