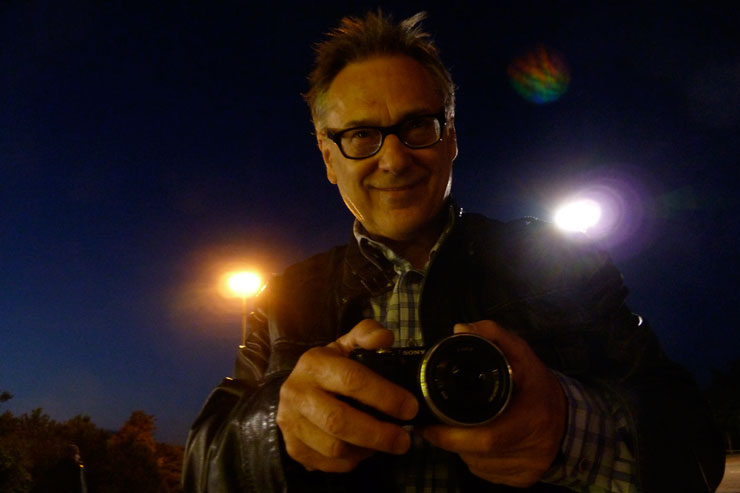 Boris Gerrets is an internationally acclaimed documentary filmmaker and an accomplished visual artist and film-editor. Born into a Bulgarian-German family in Amsterdam, he grew-up in the Netherlands, Spain, Sierra Leone and Germany. Boris Gerrets' films are close-ups of local environments, which he describes as 'biotopic explorations'. He delves into the anonymity of the urban space, bringing to light life on the fringes, which often remains obscure to the passing person. This leads him to unexpected encounters that drive the narrative of his films. Gerrets sees the camera as a tool that creates a social dynamic between him and his protagonists. The editing process is for Gerrets a way of stripping down and reconfiguring what has been garnered in reality, into a phenomenological space that speaks about the human condition. His role as filmmaker and the process of filmmaking is always at issue – either implicitly or explicitly - while he intentionally explores the gap between the factual event and its fictional and poetic meaning. Gerrets' cinematic approach contains a strong performative component and relies heavily on his multidisciplinary background in visual arts, dance and theatre.

Boris Gerrets is the recipient of the Prins Bernhard Cultuurfonds (2013), a grant awarded to him for being at the 'cutting-edge of artistic and narrative cinema' and for 'his pursuit of new forms and frontiers within the documentary genre'. More recently, Gerrets received the ASTER Award for 'high achievements in European and world film'. The award will be presented at the 10th Asterfest (May 2014) in Strumica, Macedonia, where he has been invited as a Special Guest Laureate. His film, People I Could Have Been and Maybe Am (2010) garnered critical acclaim worldwide, receiving more than 12 international awards in a wide-range of categories – among them: IDFA Best Mid-Length Doc Award (Amsterdam, 2010), Visions Du Réel, Best Direction Mid-Length Doc (Nyon, 2011), Festival Dei Popoli, Best Ethno-Anthropological Film (Florence, 2011) and TIDF: Grand Prize International Mid-length & Short (Taipei, 2012).

Gerrets has lectured and given Master Classes in Film in a number of venues internationally - most recently at the University of Edinburgh, UK (2013), EICTV, Escuela Internacional de Cine y Televisión Cuba (2013), EDN Seoul, Korea (2011) and Centro de Capacitacion Cinematografica, Mexico City (2011). He is currently an external examiner and mentor for the Master's Degree Programme in Film at the Netherlands Film and Television Academy, Amsterdam (2014). Previous advisory commissions include DasArts (Amsterdam School/Advanced Research in Theatre and Dance), Rijksakademie and AKI-ArtEZ (Academy for Visual Arts Enschede, University Twente). As a film-editor, Boris Gerrets - who is a member of the Dutch Society of Cinema Editors - has worked on over 30 documentaries, feature films and/or shorts. Prior to working primarily in filmmaking,